Lahti Historic Rally was first driven in 2002, although it wasn’t until the next year when the event first time debuted in the FIA European Historic Sporting Rally Championship. Traditionally the event has also been supplemented with a national rally event, this year known as the AD Varaosaexpert Rally, which is also open to international drivers with cars following the Finnish technical regulations.

The Lahti Historic Rally will open with the traditional ceremonial start at the Lahti harbour and the same beautiful lake-side venue will also host the end of the rally celebrations and price giving.

On Friday (August 9), the first Lahti Historic Rally car will start from the harbour market square at 10.01AM and the AD Varaosaexpert Rally competitors will follow directly after the EHSRC crews. The same procedure is repeated on Saturday, the second and final day of the event, although starting already at 9AM.

After the Friday morning stages the crews will gather for the mid-day service break at the Kausala horse racetrack from 1.30PM onwards. The evening service break will instead take place at the Lahti Sports Centre where the first crew is scheduled to arrive at 5.50PM.

On Saturday the first service break is hosted at the Hakkala school in Lammi at 12.15PM and the first competitors are expected to arrive at the Lahti harbour at 5PM.

The international Lahti Historic Rally will consist of 12 special stages, first half of which on Friday and the other half on Saturday. On Friday the competitors will face 79 special stage kilometres and another 76 are scheduled for Saturday. All of the Lahti Historic rally crews use pace-notes, where as the competitors of the national AD-Varaosaexpert Rally have more varied options: Crews in the historic classes can drive the whole two-day event with or without pace-notes, whereas other classes can either attend on both days using pace-notes or compete only on the Saturdays stages without them. 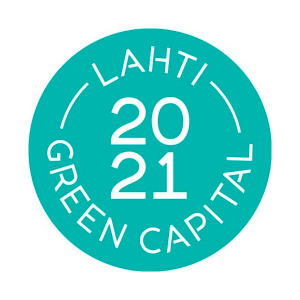